Hedy Lamarr is one of my heroes; she should be yours too 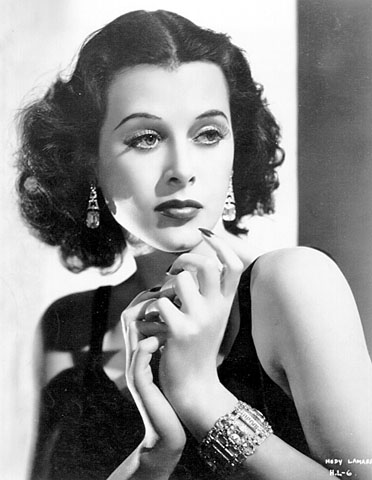 Met up with this nice fella who congratulated me on some of the work in one of my professions.

Hedy Lamarr was this major actress back in the day. If you said her name round the 30s/40s, everyone knew her like we know Angelina.

She was also a major spy for the allies against the Nazis, which is pretty cool.

She came up with the underpinning of Wifi and secure cellular/mobile calls.

In other words, I couldn’t write this sitting in bed if not for this actress.

Funny thing’s that I’m none of these things in my head.

People always wanna peg you as one thing or another; makes it easier for them to know how to treat you. And when y’re young, you don’t know what you are yet so you try on different things as you figure it out – the bow-tie wearing conservative, the flower-power girl, etc. That’s fine when you’re a kid.

But at some point you gotta be something more than a cliche.

May be a dork, yeah, but I’m the only dork of my kind.

Interesting read about Hedy Lamarr. She sounds like a real character.

did you know that julia child worked for the CIA?

@Alana – she really was; I saw a few of her movies a while back. I don't really remember them but I remembered that I liked her.@Jeanna – yep, but she did mostly clerical stuff. Hedy's interesting because she really excelled at two very different things.

[…] if you’re a long time reader of this blog, you know my idolization of Heady Larmarr who was not only a gorgeous film actress but also an inventor that patented the frequency-hopping […]