She went to the ER for the eleventh time last week and has been there ever since.

Yesterday, she had a surgery to replace the titanium mesh that was put on way back in Dec to replace her skull. Essentially, it was failing, causing her to have a lot of nausea and more weight loss.

The mesh was always supposed to be temporary; when Alison collapsed, she was only an hour from death. They had to remove her skull to keep the pressure from killing her. The mesh was put in place so that she didn’t have to have the further indignity of having to wear a helmet all the time.

But she didn’t look like her. It looked as if someone had taken a swing at her with a baseball bat. In time, we all got used to it but I did think that, if nothing else, after this surgery, it would be nice to see more of the old her.

Couldn’t handle the thought of her going through yet another surgery so I walked outta the hospital and ended up at the Met.

And the last museum I went to was with Alison.

Sighed, shelled out a few bucks for a ticket, and kinda just walked around in a daze.

Ended up at the Arms and Armor section. Never told you exactly what type of fencing I do, did I?

It’s Filipino fencing with a dash of Spanish rapier and dagger. Thought about our last trip to Spain. We always said that we’d take a trip to Toledo in Spain, the home of Spain’s greatest swordsmiths.

As you see, everything reminded me of her so I left and walked back. Didn’t get a call about the operation so I assumed that no news was good news.

When I got back, they told me that the operation was a success although that old blood issue has cropped up again with another new issue.

They’re going to keep her for a while to make sure that everything is ok. Of course, this means that I can’t do any of the experimental cancer treatments we’ve been doing.

And I dream of a holiday in Spain with her and my son.

Location: not Spain
Mood: worried
Music: we could simply pack our bags and catch a plane to Barcelona ’cause this city’s a drag

The snowstorm that wasn’t all that bad

The snowstorm only fell seven inches where I was.

But I didn’t know that’s how it’d be Monday morning; was supposed to go to a legal seminar out in Long Island but that was cancelled.

The main part of the storm missed us.

There’s something about the quiet when a snowstorm hits NYC. It’s unnerving how quiet it is.

You can actually hear the crunch of footsteps on the snow.

Because of where I live, I shovel my own snow. As soon as I did, several of my neighbors all asked if they could help.

I live in a pretty nice hood.

Afterward, walked around a little more. The streets were empty because cars were prohibited from being out.

Like I said, it’s unnerving how quiet it is in NYC after a snowstorm.

Now we’re back to normal.

And I’m out the door for more meetings.

Location: Off to see another doctor
Mood: chilly
Music: Many years have passed since those summer days

Die knowing something. You are not here long.

There was this photographer named Walker Evans who took some pretty famous pictures – you might recognize some of his work.

All of these pics are his.

He always walked around New York snapping shots but with much worse equipment and much better results.

He once said, Die knowing something. You are not here long.

Always thought that to be sage advice.

I suppose we all wish we had more time. However much we’re given, never feels like much.

There’s so much I realize I don’t know and I would like to.

There just never seems to be enough time.

My home’s a strange town, but it’s home

Went to Staten Island to meet up with a client. Was the first time on the ferry since the turn of the century.

As I left the terminal, a pigeon was on his way in.

Stopped to snap some pics of artwork.

Headed back in to Manhattan and finished up the work week.

Over the weekend, the wife and I went to Central Park where we saw a woman in a suit wearing heels and a horse head while playing an accordion.

Her: Is that a woman in a suit wearing heels and a horse head while playing an accordion?
Me: I think so.
Her: Well, that’s something new.

Decided to name my camera “Fiona” edit: There was a vid of me up with really dark circles under my eyes but I’ve since taken it down. Thanks for all the concerned comments last time around.

Location: my own blue bed
Mood: sick but excited
Music: My method is uncertain It’s a mess but it’s working

…and did something so unlike me 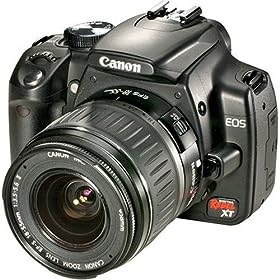 …and so fiscally irresponsible.

But it’s because I’ve been having the WORST DAY. Besides, I’ve always wanted to take up photography. So now’s as good a time as any, I suppose.

I’m totally gonna regret this tomorrow, aren’t I?
Location: seething on a couch
Mood: angry
Music: while I’m away Dust out the demons inside